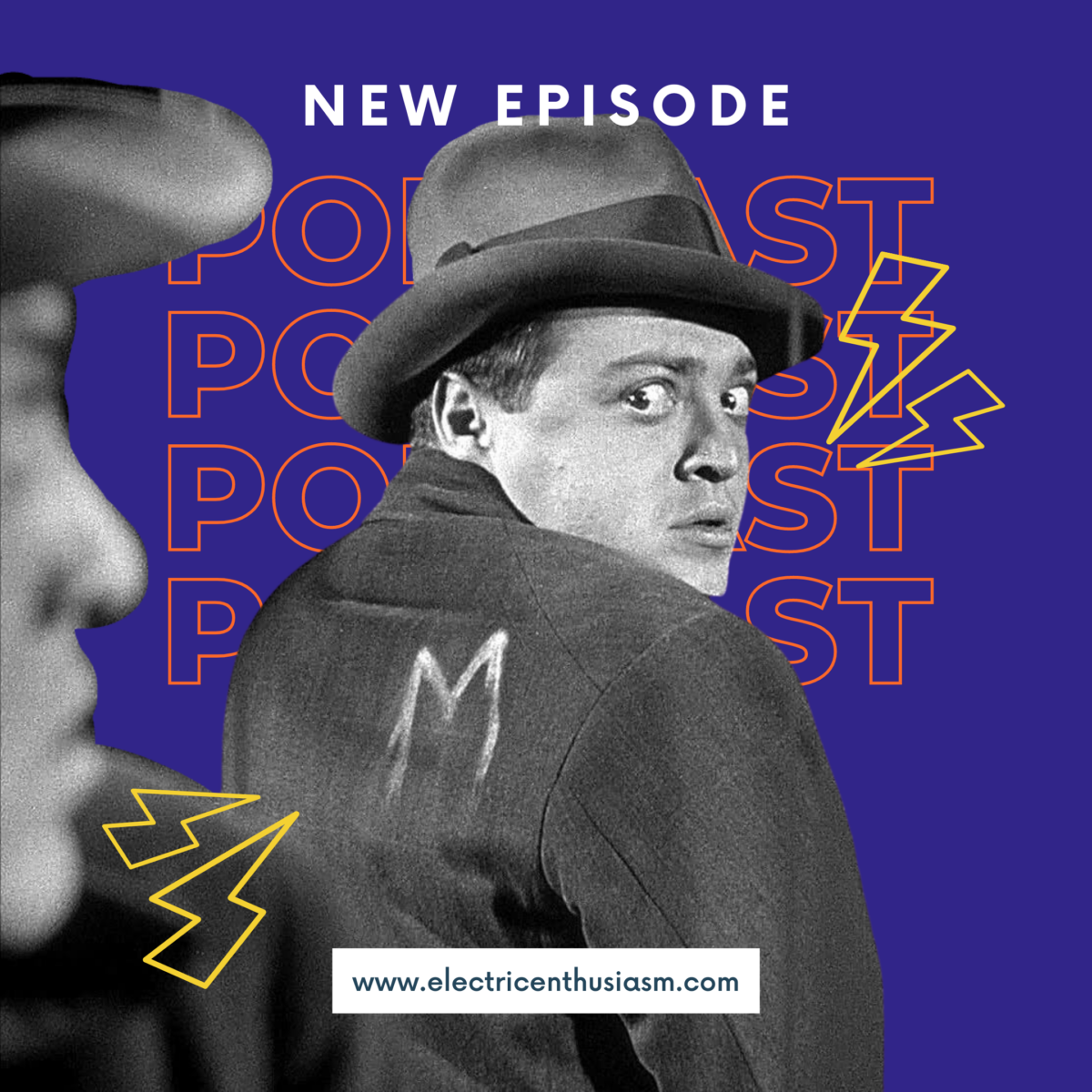 Of all the movies movies Katie was forced to watch when she studied cinema – this is the one she’s actually enthusiastic about. M is a 1931 movie by German director Fritz Lang that revolutionized the art form.

So many of the tricks and techniques you see in nearly all modern movies were first used in this one. And you can find the whole movie on YouTube so get watching 🙂 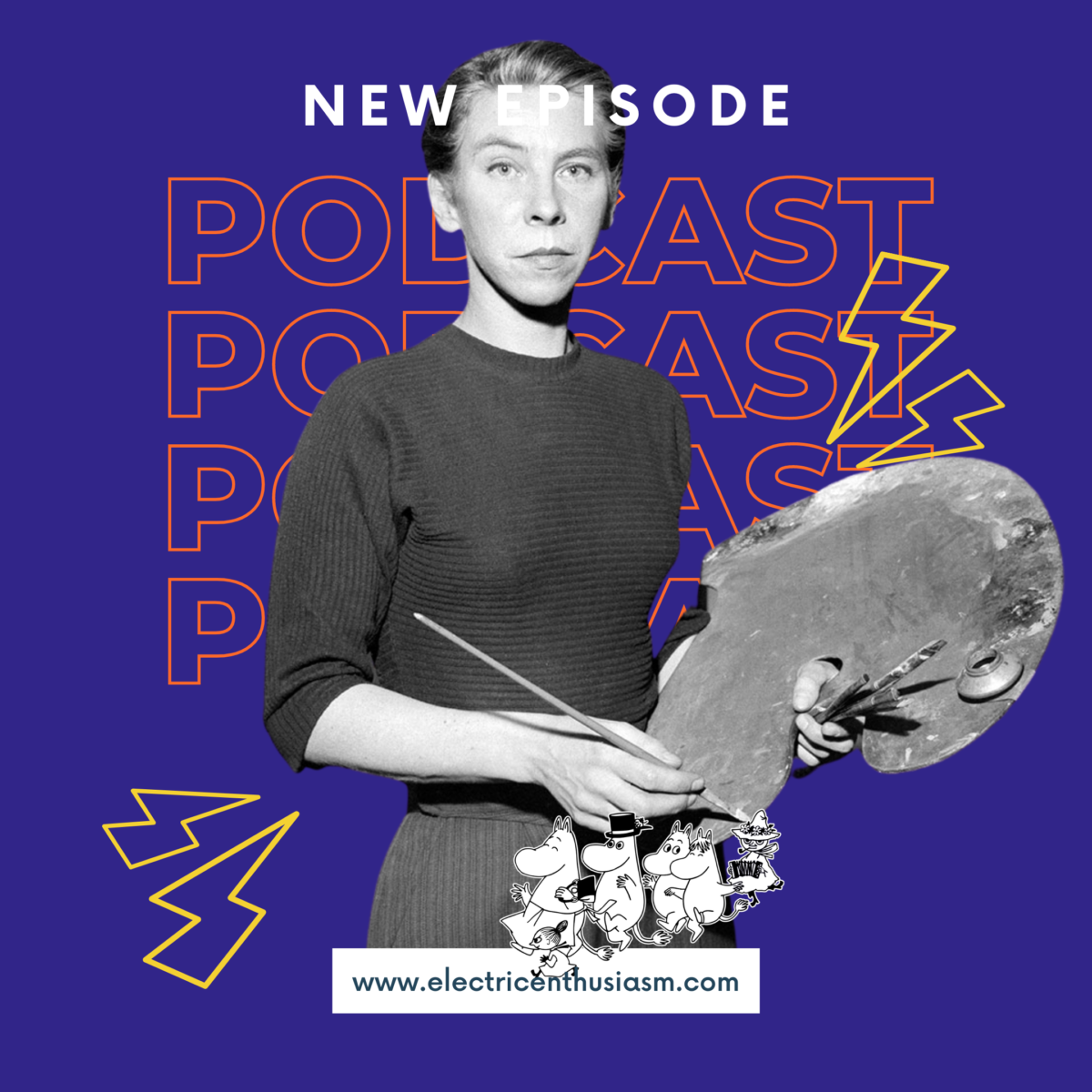 The Moomin Trolls are nothing but cute, cuddly, innocent kids’ stories right? Wrong!

And the creator of the Moomins, Tove Jansson, was just a kids’ writer, right? WRONG! She was also a novelist, poet, painter and all-round badass and Alex shares 5 reasons why you should be enthusiastic about her,

In the moment of meta Katie talks about saying “YES!” to new adventures. 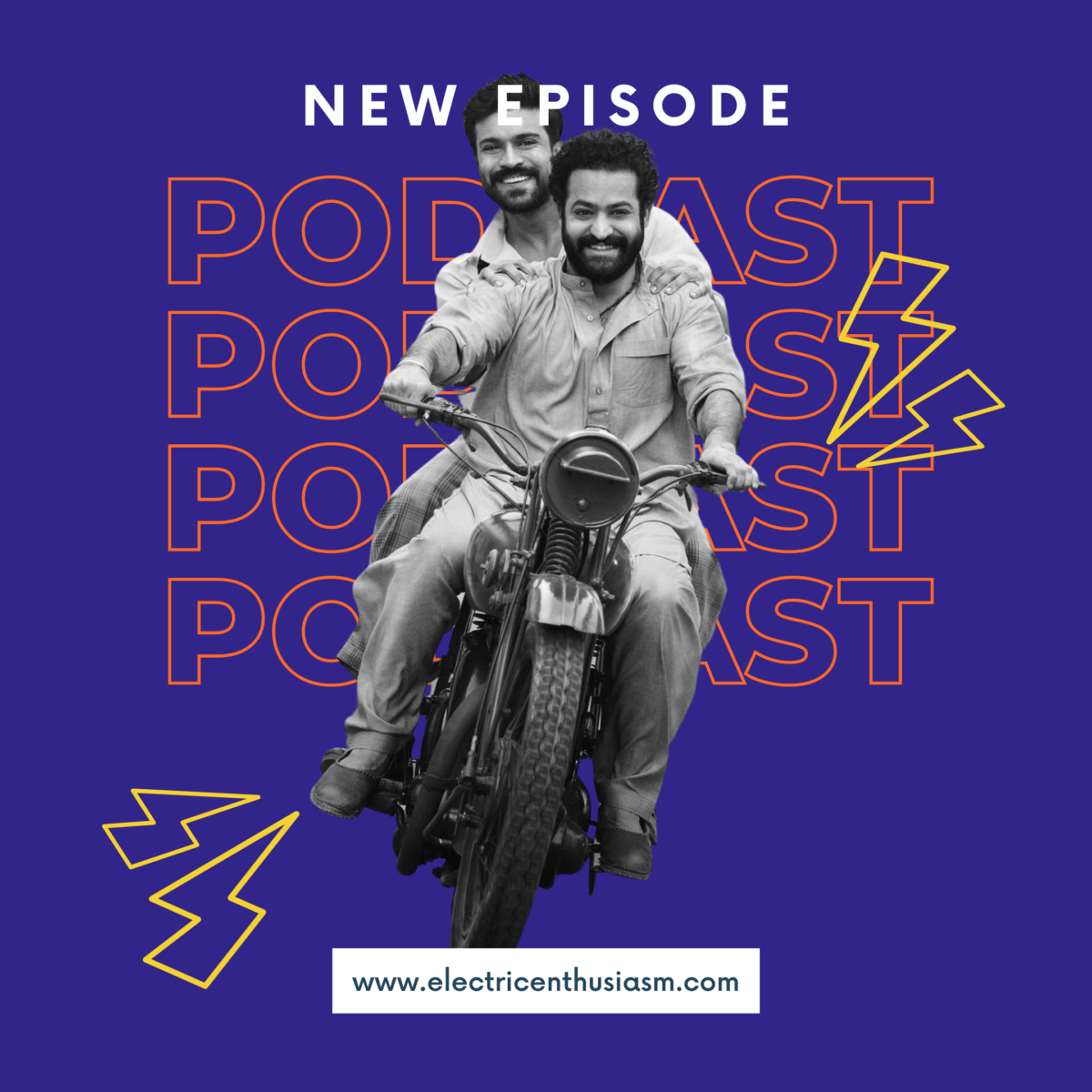 RRR (Rise, Roar and Revolt) is a brand-new Indian movie that has Katie VERY enthusiastic because of the insane action, the crazy high energy and the men’s fashions. Just don’t talk to her about whatever it is the women are wearing!

It is a HUGE blockbuster in India and worldwide and you can see it on Netflix right now – but first listen to this episode to hear exactly how awesome it is.

In the Moment Of Meta we talk about an ad that enraged Alex and how to use hobbies as a source of enthusiasm. 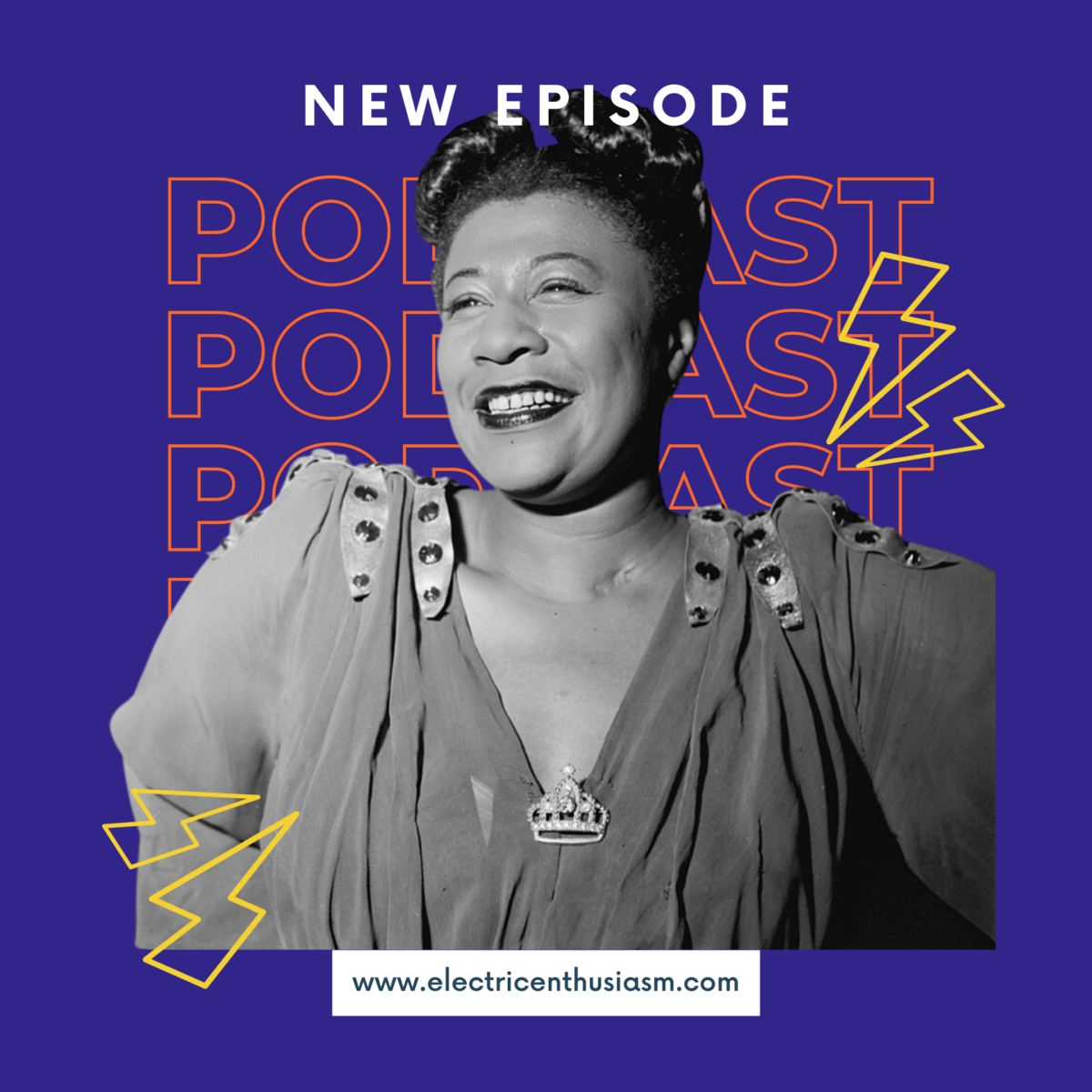 What a voice. What an incredible musical talent. She came out of total poverty and a life as a Manhattan street child. Ella Ftizgerald – the greatest jazz singer ever?

Hear how she got her greatest hit that time she completely forgot the lyrics to Mack The Knife in Berlin.

In the moment of meta Alex talks about letting go of enthusiasms. 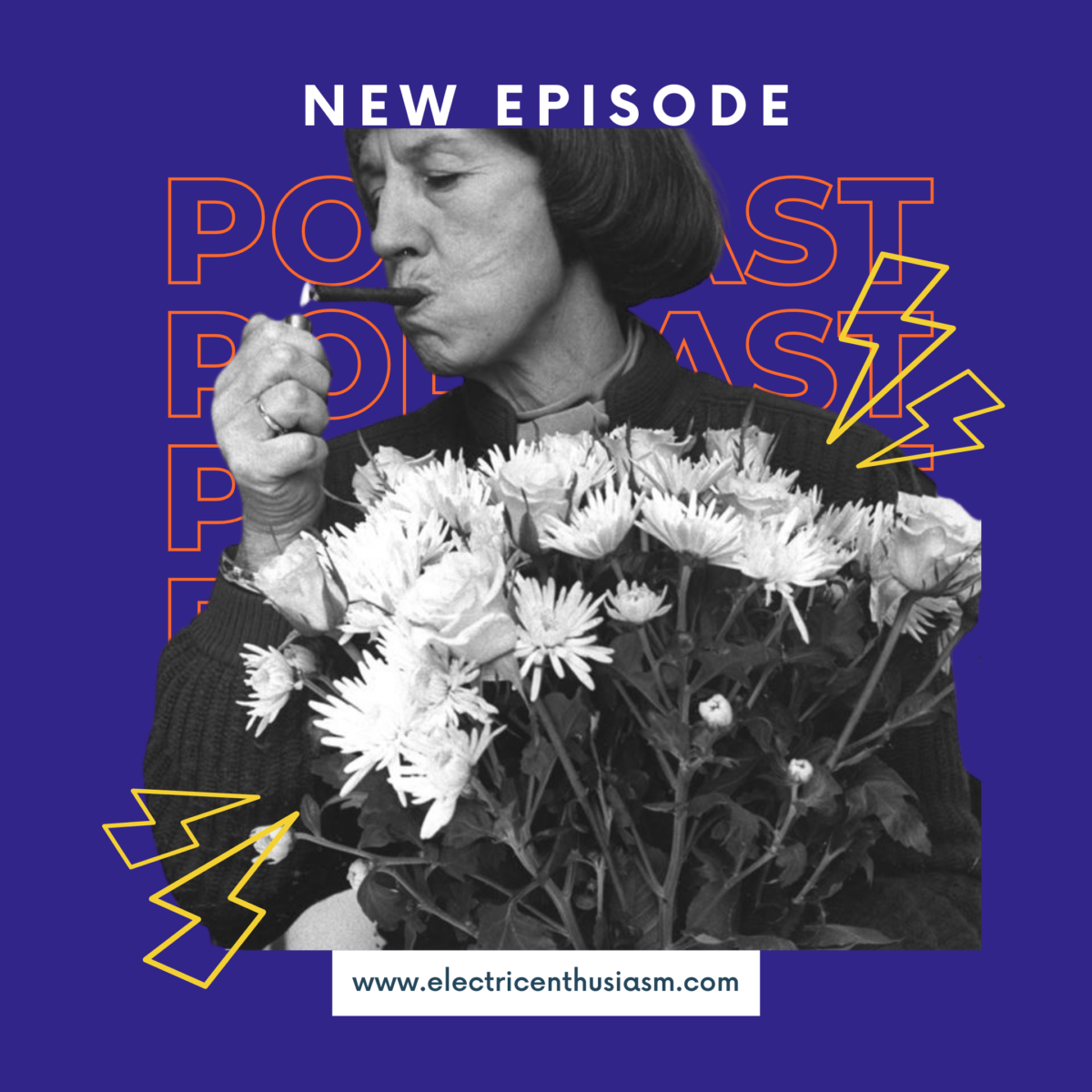 Lise Nørgaard is a Danish journalist and author who discovered her superpower (writing) and has used it tirelessly to promote women’s rights and social justice.

She also created Matador, the best Danish TV show EVER, and (maybe most importantly) had a pastry named after her.

In the moment of meta Alex Katie shares a story of how she used enthusiasm to defuse an online feud. 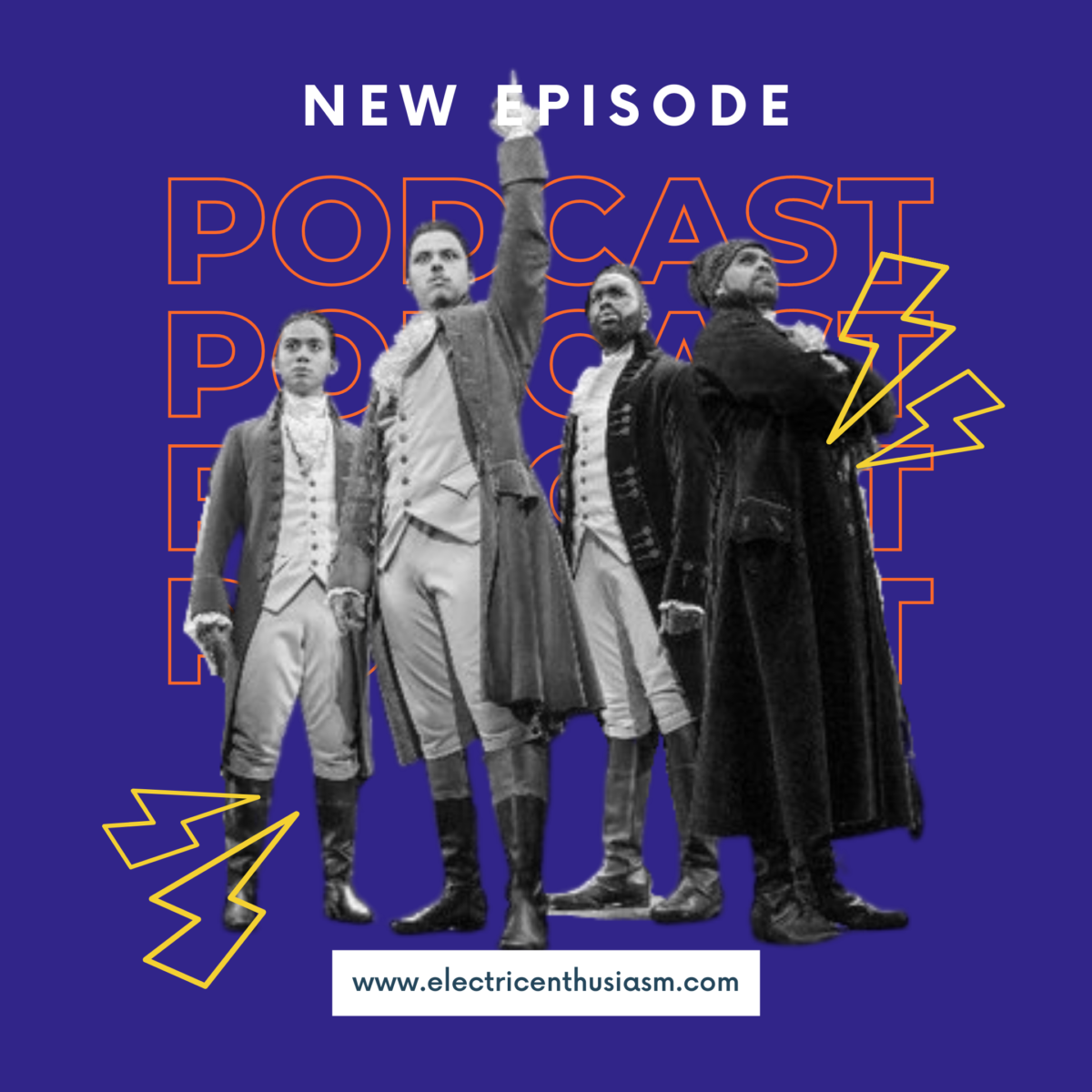 How can you not love a hip-hop musical about the American revolution where all the founding fathers are played by people of color???

Katie is not just a fan of Hamilton – she is self-proclaimed Hamiltrash. In this episode she talks about what makes the music so great (obviously!) but also about the huge cultural impact that the show has had.

BTWs include Tom Waits, Encanto and the KGB’s hilariously failed attempt to blackmail the president of Indonesia.

In the moment of meta Alex issues a challenge to Katie and all listeners. 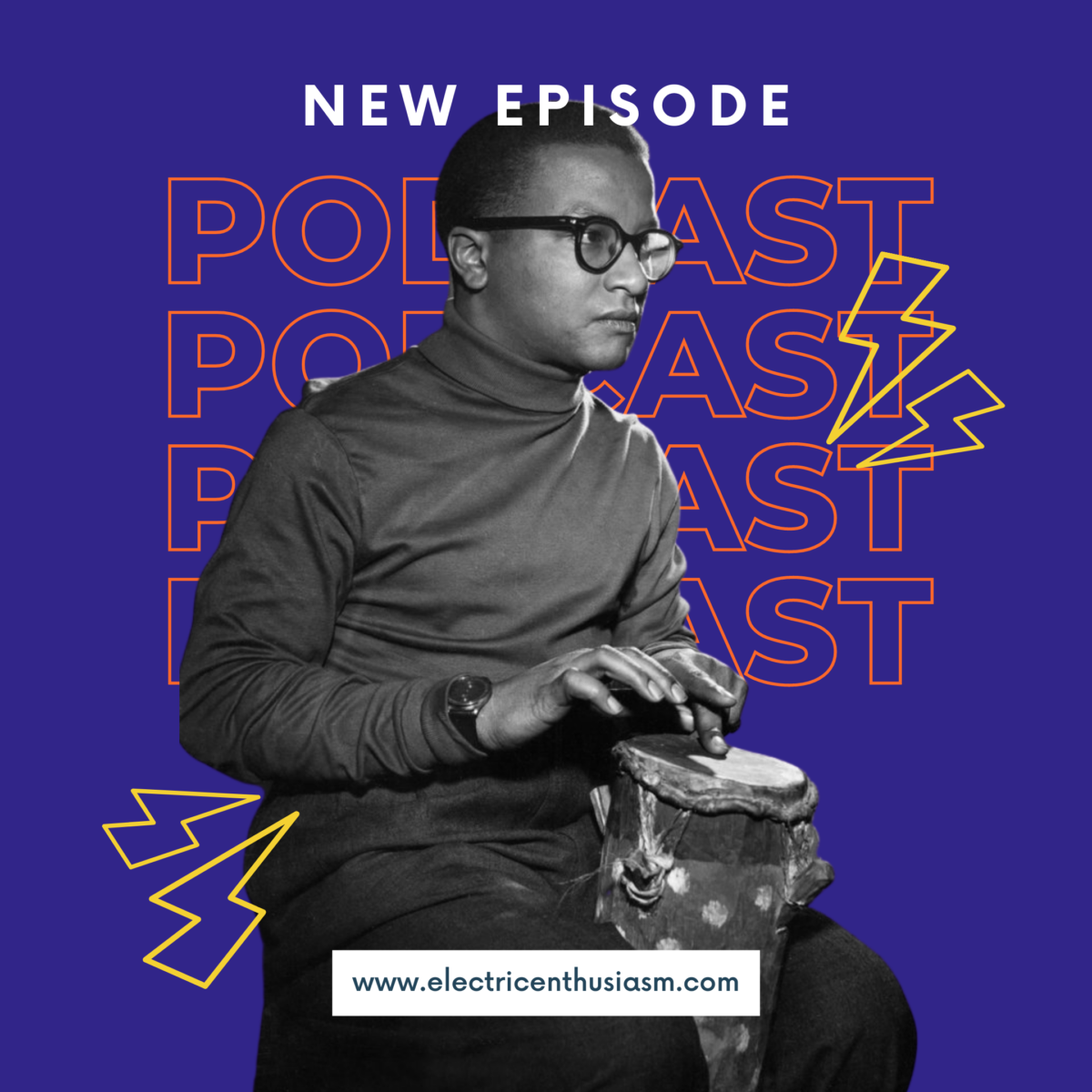 Everyone who knows jazz knows Duke Ellington. But did you know that many of the Duke’s most famous songs were actually written by a gay black musical prodigy called Billy Strayhorn?

In this episode Katie celebrates the life and music of Strayhorn who received little recognition (or even money) for his work but who still lead a “lush life.”

BTWs include the Baader-Meinhoff effect.

In the moment of meta we share a tip on how you can use enthusiasm to connect with new people. 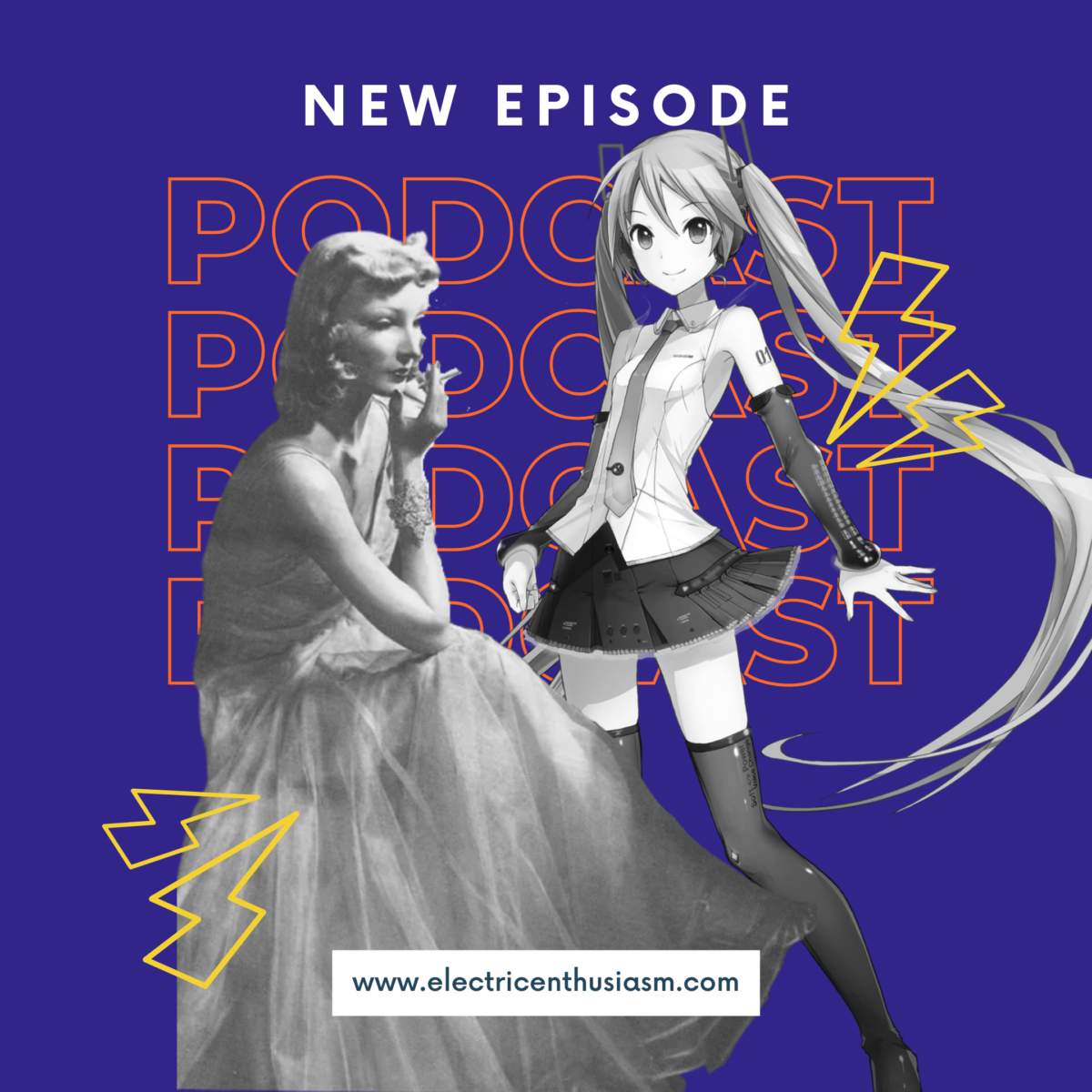 Cynthia Gaba was a celebrity in 1930s high society in New York. Hatsune Miku is a singer with a global fan base who has even gone to space. But here’s the twist: Cynthia was a mannequin and Hatsune is 100% digital!

How did two women, who are clearly not “real” in the traditional sense, become so successful and what does that say about the nature of celebrity and even of reality? What is real?

BTWs include William Gibson’s 1996 novel Idoru which predicted Hatsune Miku, men who fall in love with fictional women, Thor Ragnarok and ragging on Game of Thrones. As usual.

The moment of meta

In the moment of meta we propose the next enthusiandment: You don’t have to participate in something to be enthusiastic about it. 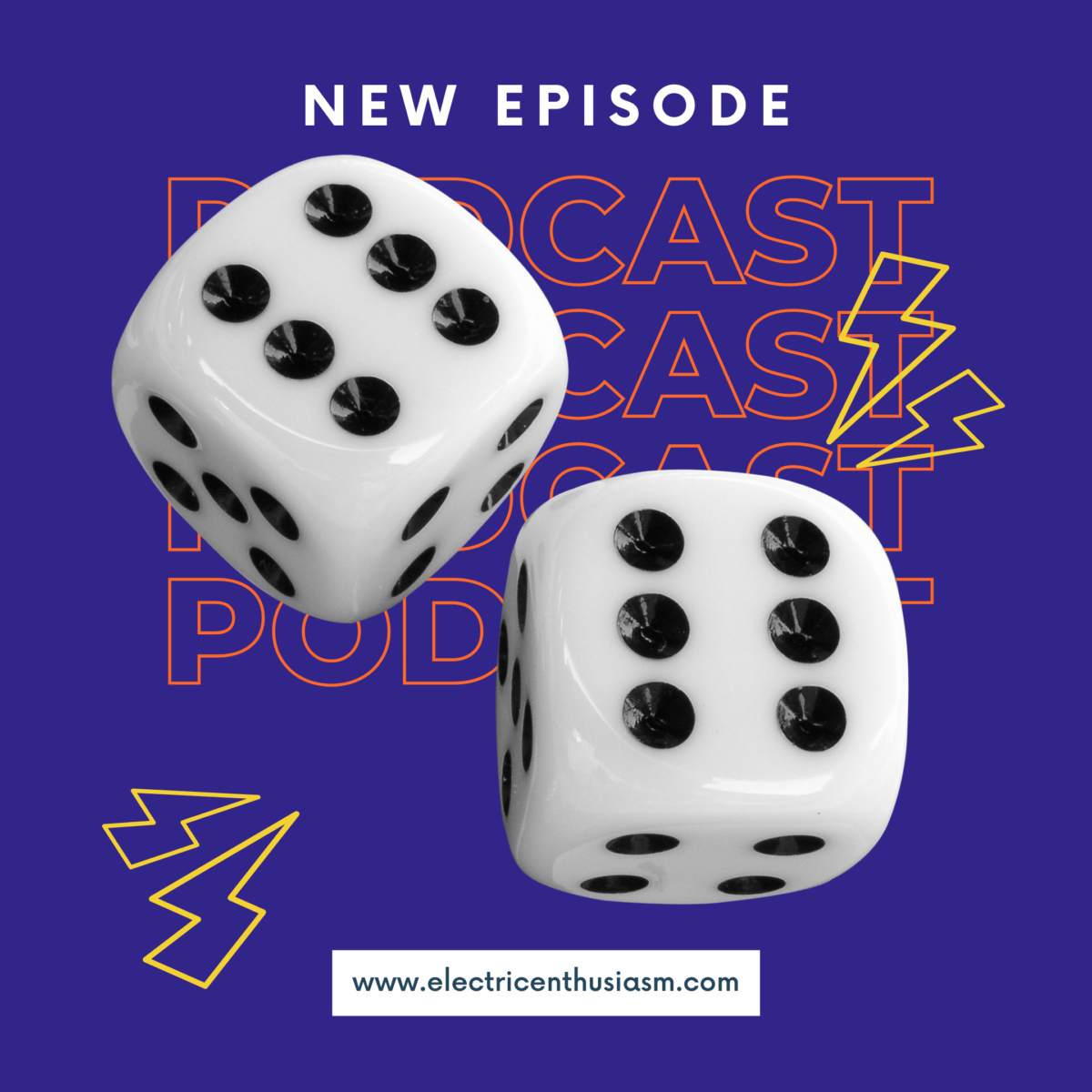 Alex gets his hometown pride on and celebrates the life of fellow Copenhagener Niels Bohr, a man who revolutionized physics twice over. He may be the smartest person in physics… and he was definitely the nicest!

Hear about Bohr’s epic feud with Einstein (drama!) and get a very short intro to the weird and freaky world of quantum physics.

This episode was co-written by FDC Willard.

In the moment of meta we talk about intrinsic vs. extrinsic motivation and which one is better for enthusiasts. 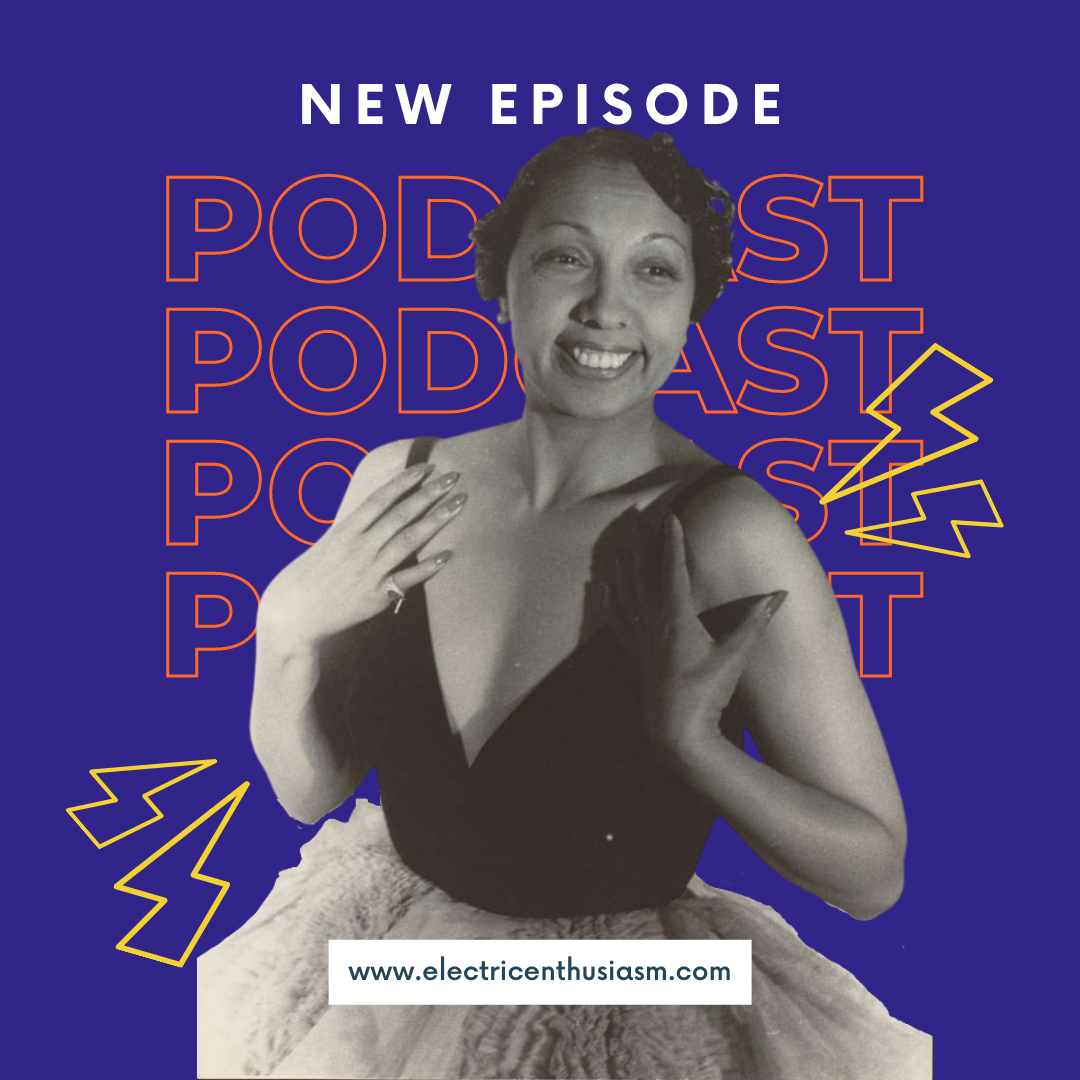 Singer, dancer, entertainer… but also civil rights activist and spy for France during WWII. Josephine Baker truly is the most interesting woman in the world.

Hear all about her amazing life, including her cheetah that would often escape its leash and (encouraged by the audience) menace the band and how she adopted 12 children of different races to form a “rainbow tribe”.

In our Moment Of Meta, Alex talks about one of the “commandments of enthusiasm” (or enthusiandments as he insists on calling them over Katie’s strong objections) namely that any topic can be fascinating when presented with enthusiasm.